The Monumental Crisis and the Narrow Escape Route 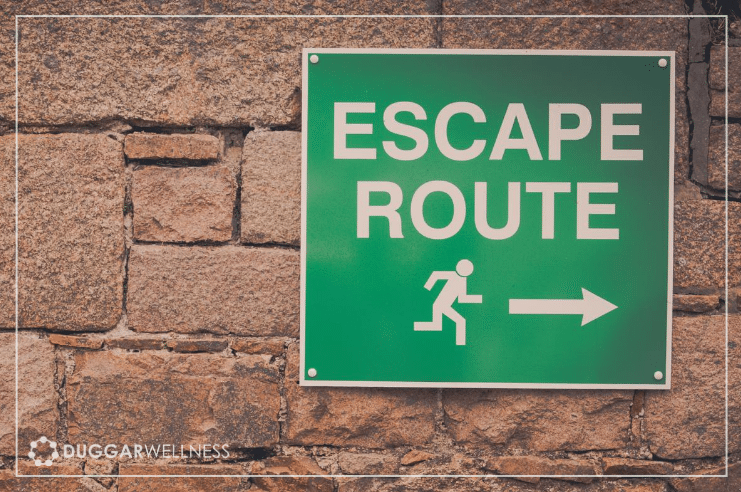 I was following a Facebook thread today where one of my friends was talking about how almost everyone who dies from COVID-19 had at least one pre-existing health condition that caused them to have a hard time overcoming this novel infection. This post highlights a very important concept that unfortunately isn’t often discussed on the evening news. The “terrain” of our body is more important than the “seed” of the illness. In the midst of a global pandemic infection, it is tempting to see this information as really good news, and I guess it is for some of the population, but unfortunately well over 60% of our Americans have at least one of these co-morbid conditions, meaning that we’re still talking about a lot of our friends and family members who are right in the target zone for a rough ride if they are infected. Any way you slice it, having a record number of people in our nation who are chronically sick and degenerating has shone a light on the fact that America is in a health crisis of monumental proportions.

Although our standard of living and our life expectancy is near the top of all nations you may be surprised to learn that according to the World Health Organization, we rank only 42nd in overall health. We currently spend over 3.6 trillion dollars per year – 18% of the Gross Domestic Product – on “health care” (in reality that money is spent on “disease management” not health. We’ll discuss the difference later.) Experts now predict that if we continue with current trends, by the year 2082, the entire current GDP would barely cover the health care bill. It is painfully obvious that we simply cannot sustain this approach. The politicians certainly know this and it will surely be a hot topic for the foreseeable future.

One of the great tragedies is that the health care debate centers on the wrong topic – how to restructure payment for the same poor results that we have come to expect. The simple truth remains below the surface – too politically dangerous to debate – that there is simply no way to pay for a nation of people who are growing sicker and sicker.

It is estimated that close to 70% of all health care expenditures are for the management of chronic disease. The biggest of which are listed below:

If you look at that list one thing that is in common with the various diseases is that they are all largely preventable through a lifestyle that follows the Simple 7 Lifestyle.

When we actually care about our health (health care) we have a desire to understand and apply those laws and principles to our benefit. Unfortunately the great powers in the marketplace have a different agenda and message. We are bombarded with the message that the answers to our problems will come with the next pharmaceutical drug that the drug cartels produce (not the last one that they promised would work but is now off the shelf due to safety concerns).We hear the reports of unholy financial “conflicts of interest” at the FDA that in the words of the Vioxx whistleblower “render the FDA completely incapable of ensuring the safety of the American public”.

It is estimated that Americans make up only 4% of the worlds population yet we consume over 50% of the drugs on the planet. It’s obvious that we have a love affair with an approach that requires little change of lifestyle on our part and that the vast number of people on the planet have a different or at least a more moderate approach to dealing with a loss of health.

Through the years, many differing ideas have been proposed about the nature of health and sickness. Early in historical record the cause of disease was thought to be determined greatly by the whims of deity. Priest physicians, medicine men and shaman held great power and authority over the people as the only ones able to intervene for the benefit of the suffering. Hippocrates and those who followed his school of thought challenged these long held beliefs and issued in a new era of rational observation. Hippocrates’ philosophy recognized that disease to a great extent was a product of a persons’ interaction with the physical world around him.

For centuries, other men continued this line of thinking and introduced many new discoveries into the practice of healing. As they rejected the unseen world of the spiritual, they placed more reliance on the observable mechanisms of anatomy and physiology. This approach continued as deeper and deeper levels of the body were examined. This model became known as Mechanism. The mechanists assumed that all of life’s processes could be understood as we looked at smaller and smaller pieces (think cells and DNA) and that if we understood life at this level we could put the pieces of the puzzle back together and understand health and disease.

There were others who saw the folly of this. They were called “Vitalists”. They recognized from the beginning that there was more to life than what they could measure. That “life” itself wasn’t in the “material” that could be seen but involved a force that animated the material. The Chinese called it “chi”, in India it was called “prana” and in the West we called it Spirit. These different cultures had an idea that there was something intangible – a vital force – that animated the body. Thomas Edison spoke of this force when he revealed,

You know that there are living cells in the body so tiny that the microscope cannot show them at all. The entity that gives life and motion to the human body is finer still and lies infinitely beyond the reach of our finest scientific instruments. When this entity deserts the body, the body is like a ship without a rudder – deserted, motionless, dead.”

The Time to Reconnect

The “modern” medical approach currently holding the power of the marketplace is almost exclusively entrenched in “mechanistic” thinking. As mentioned before, this approach isn’t solving the underlying problems that are driving the diseases and illnesses that are killing our friends, family and co-workers.

One of last century’s thought leaders, Thomas Edison was quoted as saying,

“The doctor of the future will give no medicine, but will interest his patients in the care of the human frame, in diet and in the cause and prevention of disease”.

At long last, we are entering a time where the strengths of each of these two philosophies are coming together; the power of empirical science and the basic biochemical explanations and mechanisms of life that it brings with the holistic, effective and safe solutions and treatments to correct those underlying mechanisms.

This new model will radically change the very fabric of the discussion of health. The concept of specific diseases (like diabetes, cancer and heart disease) will be replaced by the more “functional” grouping of underlying mechanisms (like inflammation, infection, oxidative stress, toxicity) as each one of these mechanisms may result in a myriad of named conditions.

Our lifestyle, including our thoughts, beliefs, nutritional habits, exercise and sleep actually wash over our genes and determine how these genes express themselves. 21st Century medicine will certainly be an exciting new frontier.

One response to “The Monumental Crisis and the Narrow Escape Route”