The Healing Power of Turmeric 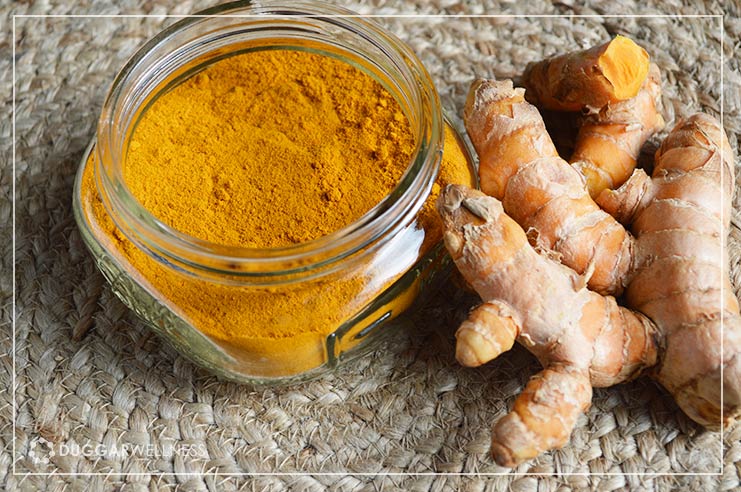 I believe that inflammation is the root cause of most of the modern diseases that people are suffering from. I also believe as Hippocrates said so many years ago, “Let food be thy medicine and medicine be thy food.”

Because inflammation is running rampant in our culture people are turning to pain relievers to fight the symptoms. These pain relievers called nonsteroidal anti-inflammatory drugs or NSAIDs. There were over 98 million prescriptions in 2012 in the U.S., according to IMS Health, healthcare technology, and information company, making NSAIDs one of the most commonly used classes of medications. These drugs come with serious side-effects and should be used with caution. Some of the side effects include serious bleeding, heart attacks, and strokes. The Arthritis, Rheumatism, and Aging Medical Information System estimates that adverse effects due to NSAIDs are responsible for more than 100,000 hospitalizations and more than 16,000 deaths in the U.S. each year.

Instead of taking multiple anti-inflammatory drugs on a daily basis nature gave us turmeric with powerful healing powers and excellent relief for inflammation. Turmeric’s active ingredient curcumin is one of nature’s most potent anti-inflammatory herbs.

Brain Booster: Curcumin has excellent benefits for brain health, especially in reducing the rate of mental decline. A study out of Vanderbilt University found that it prevented or slowed the progression of Alzheimer’s disease.

Liver Health: Unlike NSAIDs that overburden the liver curcumin has a protective effect on the liver. It is a natural liver detoxifier and protects against liver damage caused by a high fat diet.

Anti-Microbial: Several studies have found that curcumin fights harmful microbes including E. coli, salmonella and staphylococcus. Make a paste of turmeric and water to help disinfect and heal wounds.

Pain Killer and Anti-Inflammatory: Curcumin is a natural pain killer and has potent anti-inflammatory properties. According to the Arthritis Foundation turmeric has been found to reduce pain and swelling in patients with rheumatoid arthritis.

Turmeric is a perennial plant that thrives in the tropics. It is the tuberous root that resembles ginger that we harvest and eat. Fresh turmeric is not easily found but can sometimes be found in the produce section of natural health food grocers. Generally, we use dried turmeric but if you are replacing fresh in your recipes use 1/2 tsp. dried to 1″ fresh.

Try some of our favorite recipes that feature this anti-inflammatory plant. 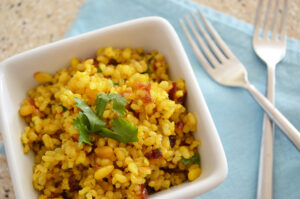 Share your favorite way to incorporate turmeric into your diet?

4 responses to “The Healing Power of Turmeric”