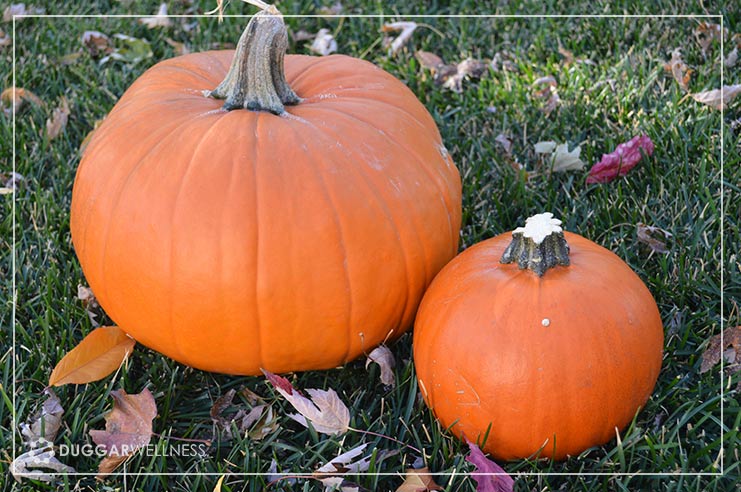 During the harvest months pumpkins make their way into soups, salad, pies, muffins, cookies and even scary decorations.  Aside from being so versatile this seasonal food has many potent nutritional properties.

Pumpkins, like other winter squash varieties are loaded with nutrients.

Both pumpkin flesh and seeds are high in vitamin C and antioxidants, including beta-carotene and other carotenoids.

In fact, pumpkin is one of the best sources of beta-carotene and the other synergistic carotenoids. Together, they give pumpkins their bright, eye-catching color.

Beta-carotene is good for your immune system because it’s converted into vitamin A, triggering the creation of white blood cells, which fight infection and help keep you well.

Beta-carotene supports eye health, according to the National Institutes of Health, a cup of cooked pumpkin contains more than 200% of your recommended daily intake of vitamin A — which aids vision, particularly in dim light.

In addition to their immune benefits, beta-carotene and the other carotenoids, including lutein, are important for eye health.

Some of the other antioxidants found in pumpkin that can help you prevent degenerative damage to your eyes include lutein and alpha-carotene. Lutein is known to improve or even prevent age-related macular disease which is the leading cause of blindness and vision impairment and alpha-carotene is thought to reduce the risk of developing cataracts.

3. Pumpkins are a heart-healthy choice

The potassium in pumpkins can have a positive effect on blood pressure.

A 2017 study published in “Nutrition, Metabolism and Cardiovascular Diseases” suggests that consuming enough potassium may be almost as important as decreasing sodium (salt) intake for treating high blood pressure.

Another study showed how participants with the highest amount of beta-carotene had approximately half the risk of death from cardiovascular disease compared to those with the lowest amount.

The soluble fiber in pumpkin is also useful for lowering cholesterol and triglycerides.

Pumpkins are packed with antioxidants, and eating them often may help reduce the risk of many types of cancer.

Specifically, according to the National Cancer Institute, the beta-carotene in pumpkins may play a role in cancer prevention.

And as the NIH discovered, food sources of beta-carotene work far better than supplements, particularly when the food sources contain the full range of carotenoids.

Eating pumpkin can have a variety of beneficial effects for diabetics — and for lowering blood sugar.

A 2009 study published in “Bioscience, Biotechnology, and Biochemistry,” found that substances in pumpkin may help improve insulin resistance and slow the progression of diabetes.

6. Pumpkins can help reduce inflammation and the risk of arthritis

Regular intake of the carotenoid beta-cryptoxanthin, which is found in pumpkin, can cool unwanted inflammation.

A study also showed how increasing consumption of this carotenoid is associated with a reduced risk of developing inflammatory disorders, such as rheumatoid arthritis.

Try these recipes to add more of the potent nutritional power packed inside the pumpkin! One response to “Power of Pumpkins”