No Time for Exercise? Think Again! 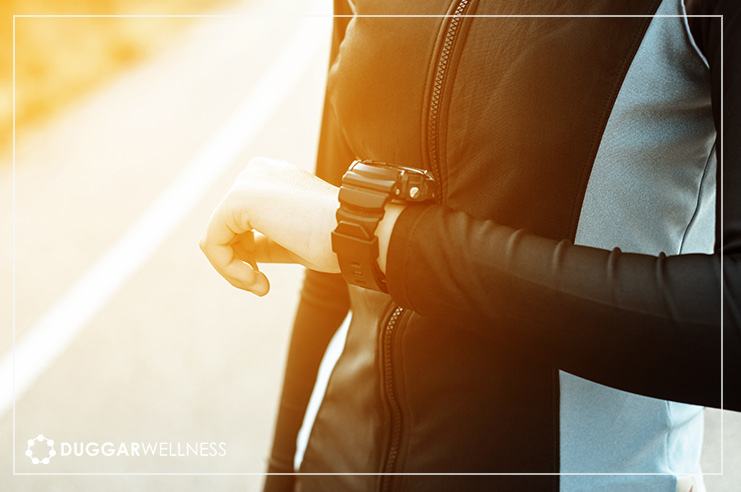 As you know, I’m in a unique position to see how people live their lives. As I consult with them and review their health goals, I always like to start by digging in to their lifestyle habits. Like a detective, I’m trying to understand how their patterns of behavior have led them to where they are now. In fact, if we don’t understand what we are doing on a regular basis that is driving whatever results we are getting, there really isn’t much hope of making meaningful or lasting improvements – and that certainly applies to every aspect of life, not just health.

One major area that I see people get “stuck” with is exercise. We all know that we should be doing it, but for those who aren’t already in the regular habit, trying to get started seems to be a massive obstacle to overcome. If you are one of those who’s list of challenges include lack of time to workout, you are in luck. Two New Studies confirm that the benefits of exercise can be gained much easier than most people would suspect.

One recent study out of Canada’s McMaster University looked at a specific model of exercise called “sprint interval training” (SIT). In this study, young sedentary males were divided into a sprint interval training (SIT) group, a moderate-intensity continuous training (MICT) group, and a group of non-exercising controls. Both exercise arms called for three sessions weekly for twelve weeks. The SIT protocol called for three twenty-second “all-out” cycle sprints interspersed with 2 minutes of slower cycling; the MICT protocol involved 45 minutes of continuous cycling at ~70% maximal heart rate. Both protocols involved a 2-minute warmup and 3-minute cool down. In case it’s not clear, the SIT arm required just one minute of all-out intensity during a session whose entirety lasted only ten minutes, five of which were the warmup and cool down. One minute! Even the most devoted couch potato could do an all-out bike sprint during TV commercials.

The different approaches to exercise resulted in similar effects on insulin sensitivity, skeletal muscle adaptation, and VO2 max (a measure of cardio-metabolic and respiratory fitness). Actually, beneficial effects on insulin sensitivity and skeletal muscle were greater in the SIT group. The study’s conclusion says it all: “Twelve weeks of brief intense interval exercise improved indices of cardiometabolic health to the same extent as traditional endurance training in sedentary men, despite a five-fold lower exercise volume and time commitment.” Basically, if you have an exercise bike or treadmill in your basement or garage, you can get a perfectly good workout done in less time than it would take to drive to the gym. (And if you don’t have equipment like that, you can get a similar effect by going all-out with bodyweight exercises. No gym membership to pay for, and not even any fancy machines to buy … excuses gone.)

You might be thinking, “Well that isn’t a surprise that it worked in young males. What about a group that has a harder time losing weight?”

Once again, this study involved a similar comparison of short duration high intensity cycling (60 repetitions of 8 second bursts at 77-85% maximum heart rate, with 12 seconds of active recovery – a total of 20 minutes of exercise) versus a longer bout at lower intensity (40 min at 55-60% of subjects’ individual heart rate) showed that the shorter, more intense activity had greater benefit than the longer session. The exercises were performed twice weekly for 16 weeks, and the study called for no change to the subjects’ diet. According to the results, total body fat decreased and total fat-free mass (muscle, bone, water) increased in both groups, but significant loss of total abdominal and visceral fat mass was observed only among subjects in the high intensity arm. Newsflash: these women lost visceral and abdominal fat with intense exercise requiring a whopping twenty minutes twice a week, and no change to their diet. Imagine what the results might have been with a concomitant lower carb and higher protein dietary intervention.

Of course, any exercise is better than no exercise, and the best exercise to do is the one you enjoy doing, so that you’ll do it regularly and keep it up for the long term. After all, if you just plain don’t enjoy exercise, you’re not going to make it a priority. So it might help to know that among obese young women, subjects in the high intensity interval arm of one study enjoyed their exercise sessions markedly more than those in the moderate intensity continuous training arm. Beneficial effects of short bouts of high intensity training (only twenty minutes per session!) were observed in obese women after just three weeks of three sessions per week. On average, the women lost body fat, gained lean mass, had increases in VO2 max, and had improved insulin sensitivity. Not bad for three hours of exercise over the course of three weeks.

If you’ve been putting off starting an exercise program because of the time commitment, short bursts of high intensity activity might be the ticket to get you moving. You don’t need to train for a marathon. A few minutes a week, properly executed, can get you results.

One response to “No Time for Exercise? Think Again!”