Is Your Gut Ruining Your Mood? 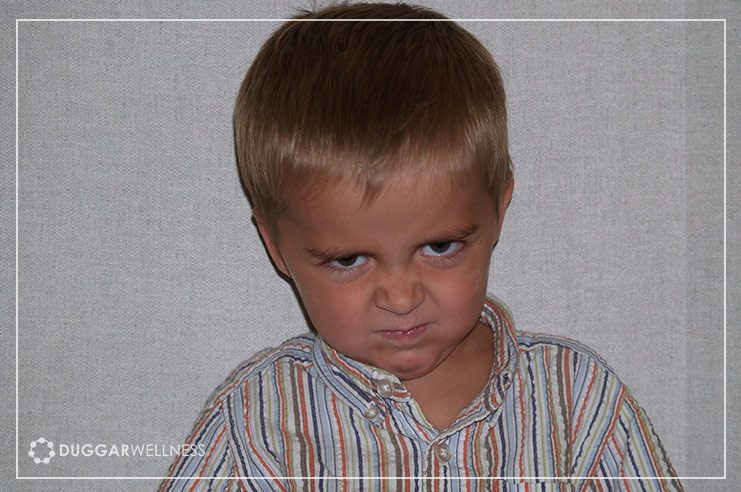 One of the most fascinating areas of scientific research over the past decade or so has been on the relationship between the health of the digestive system and it’s impact on brain function and mental health. While the complete explanation of how these two systems are related will take years and years to be understood there are compelling patterns that are emerging that we can already use clinically to make profound improvements in our health.

While it is true that we’ve known that the colon harbored lots of bacteria, exactly what role that bacteria played in our health has only been on the scientific radar for a much shorter time. Turns out the bacteria that reside inside of us produce vitamins, short chain fatty acids and other compounds that we require for healthy function. Just about every month, researchers are publishing new information showing that the diversity and quantity of our bacterial environment, or what we now call the “microbiome”, contributes to our overall health in many ways, including our mental health.

A simple search in PubMed database of research for “Gut microbiome and brain health in humans” pulls up 132 papers and articles. Here’s a quick sample.

In a recent study conducted by Ohio State University they found that gut bacteria had an effect on the temperament of toddlers between the ages of 18 and 27 months.  The children who showed more of a positive mood, were curious and social had the most diverse types of gut bacteria.

It’s not just toddlers that are effected, adults suffer the same mood altering symptoms when their gut flora is out of balance too.  Another study found that there is a difference in gut bacteria between those who suffer with symptoms of anxiety and depression and those who do not.  Those who have a balance between friendly and pathogenic bacteria suffer less from depression and anxiety than those who have an overgrowth of harmful bacteria.

In another study published in the journal Gut in 2017  showed that patients who suffered from a bacterial overgrowth in their small intestines (called SIBO) tended not only to have Irritable Bowel Syndrome (IBS) but many symptoms other symptoms including “brain fog”. When the researchers removed key foods that are known to make SIBO and IBS worse the symptom of brain fog was also reduced significantly.

Several Mechanisms May Be At Play

Your gut is known as your “second brain” with over 100 million neurons. That’s more neurons than you have in your head!   Some of the microbes that live in the gut secrete chemicals that are used by the neurons to communicate and regulate our mood and brain function. For example, over 90% of the serotonin in our body originates in the gut. Serotonin is a neurotransmitter that affects mood, appetite, digestion, sleep, memory and sexual function and desire. The quantity and diversity of healthy bacteria in the gut may dramatically shape the production and effect of serotonin and other neurotransmitters.

Researchers in Sweden have recently shown that disruptions in the normal diversity of gut bugs may lead to intestinal barrier breakdown called “leaky gut” and that once the gut barrier is leaky it can lead to a leaky blood brain barrier.  In addition, research is showing us that certain types of bacteria produce toxins that have a detrimental affect on our mental health. One of the most notorious offenders is called lipopolysaccaride or LPS. Put these two scenarios together and you have a recipe for lots of problems. When LPS goes into circulation from a leaky gut and then gets into the brain via the leaky brain barrier it can trigger brain inflammation. Brain inflammation may manifest as depression, anxiety, loss of mental acuity and brain fog.

This is obviously just a small sample of the research that is going on in this arena. There are other mechanism that involve food allergies, celiac and non-celiac gluten sensitivity, inflammatory chemicals, stress hormones etc but we’ll have to save that for another post in the future.

Instead, we want to dive into a discussion about what disrupts your gut balance and we can do to build a healthier gut environment.

Chlorinated and fluoridated water: Both chlorine and fluoride kill bacteria, both friendly and pathogenic.

Soda: phosphoric acid upsets the fragile acid-alkaline balance of the digestive system which affects the microbiome.

Antibiotics: Kill both good and bad bacteria.  If you use antibiotics be sure to build up the friendly bacteria in your gut with probiotics.

Foods high in probiotics build up the microbiome, especially fermented foods, like sauerkraut.  Learn how to make your own here.

Take a multi-strain probiotic supplement especially if you are not eating fermented foods.

If you or someone you love suffers from depression, anxiety, mood swings, loss of mental clarity or any other “brain” problem, it would be wise to send them in for a consultation. Many people are trying to fix their symptoms without looking at the root causes and what is happening in the gut can be a significant source.

2 responses to “Is Your Gut Ruining Your Mood?”