A Better Approach to Structural Pain 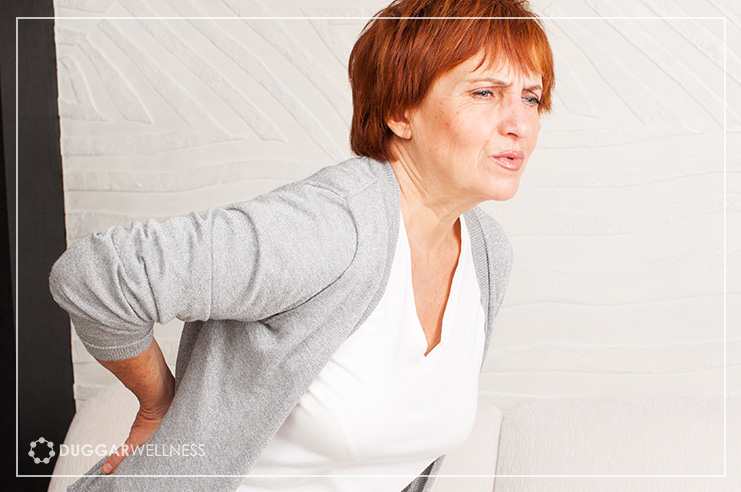 They say that pain is the greatest motivator. After over 23 years in practice, I’d most certainly agree.  Virtually all of my chiropractic patients begin seeing me because something is hurting and so let’s try to understand how our model can help in these painful situations. Most have tried pain medications and haven’t found them helpful or they realize that medication can’t get to the real root of the problem so they are looking for a better approach to eliminating the pain in their body.

I had an interesting conversation with a patient today that was illustrative of this topic so I’ll share her case history.  This patient was coming in for her second adjustment. She had been referred by another patient because she was in severe lower back pain that had been getting worse as time went on. This was actually the second time she had experienced this exact same pain. One year ago when her first episode happened, she had an MRI that showed 2 herniated discs. She received some physical therapy and the pain eventually went away.  A couple of weeks ago, she bent over to do a basic household task and her back “went out” again.

On her initial visit, it was apparent that she had pain originating from several specific sources in her lower back and it was even more clear that these sources were actually things that had been going on for years and years, silently causing structural breakdown without her even knowing it.  I told her that my initial job was to help her get out of pain as quickly as I could but that if she wanted to avoid having this process repeat, again and again, we would need to address the root of the problem.  We discussed the difference between limited pain relief-only models of care and more holistic, comprehensive approaches that go beyond symptoms and work to correct the underlying structural imbalances that are responsible for them.

On that first day, we incorporated a very specific chiropractic adjustment, soft tissue massage to release the muscles in spasm, ozone injections into the regions of injury to facilitate a quick healing response, low-level laser therapy for additional inflammation support, and then we followed that all up with an application of special Kinesio tape designed to support microcirculation around the swollen area.

When she returned a few days later she was absolutely amazed at how quickly her pain had disappeared! She even admitted that some of her skeptical family members had questioned why she was going to a chiropractor in the first place but after seeing her results they were blown away.  She is now ready to get to work on the process of correcting her structural imbalances.

First and foremost it shows just how powerful the body is in healing from pain when the right conditions are created.

Second, there is something so critical to understand from her history that I wish every patient would grasp.  We have all been duped. We think that just because we are free from pain, we must be healthy.  Remember that 1 year ago she had a similar event happen. She had been working in the garden and when she went to stand up, she couldn’t move.  At that time she was told that she herniated 2 discs in her back.  It is impossible to herniate 2 healthy discs just by bending over for a while.  That means that those discs were already damaged and weakened by a long, silent process that she was unaware of.

After that episode, she received just enough treatment to make the pain go away, and then she stopped. The pain stayed away for 1 year BUT THE UNDERLYING DAMAGE was never addressed so it continued unabated, virtually guaranteeing another episode.  Here’s the point.  Symptoms are the last thing to show up and the first thing to go away in a dis-ease process.  We don’t treat the pain, we treat the dysfunction that is causing it.

The third principle that her case teaches is that when we take a comprehensive view of the spine, we see multiple avenues to apply a therapeutic intervention and that usually leads to a better, quicker, or more complete outcome.

More than an adjustment

Her skeptical friends were surprised at her results because they assumed that a chiropractor would just lay her on the table and do a general joint manipulation or adjustment.  Instead, we carefully analyzed her entire structural system and identified the specific segments of the spine that were causing the pain so that we could specifically address those areas.

Next, we assessed the muscles, tendons, and ligaments that move those segments.  She had tried massage prior but didn’t get results but because we had addressed the spinal joint problems first, the muscles no longer had reason to be tight. Addressing the soft tissues in that order almost always yields superior results.

Many people are unaware of the myriad of tools and techniques that are available to control inflammation. Instead, they reach for ibuprofen or other synthetic drugs to deal with the inflammatory process.  While a case could be made for very short-term use of these medications, prolonged use has significant health risks to the stomach, liver, and kidneys. Studies even show that some of these medications prevent proper healing and lead to further joint degeneration.  In place of using NSAIDs to block the inflammation process, we elected to use several methods that modulate inflammation and actually speed up the healing process.

First, we utilized a technique called Ozone Therapy wherein we injected a saline solution charged with minute dilutions of herbs and other healing substances directly into the region of the pain, followed immediately by a small amount of ozone gas. These ozone injections provoke a powerful healing response that often results in dramatic changes in pain and promotes healing with almost no chance of negative side effects.

We then applied low-level laser therapy which directs specific frequencies of light waves deep into the tissues that are painful and swollen and speeds up the metabolism of these cells so that they can repair quicker.  We applied a special tape called Kinesio tape over her lower back to create a subtle lifting of the skin that promotes increased drainage of the lymph system and capillary flow around the area.

Last but not least we gave her a supplement with a combination of herbal anti-inflammatory ingredients to take each day over the weekend.  (More information about these therapies can be found here.)

As we move into a more corrective phase of her care, we are looking to find the underlying triggers for her spine being weekend in the first place.  We found that the arches in her feet have partially dropped and that was causing her entire lower body to be out of balance and her pelvis to be tilted and torqued.  This is so common it is an epidemic that we see this in young children too.  We were also able to see areas of muscle weakness in the supportive “core” of her body that allowed her postural muscles to distort and compensate. We’ll mold custom orthotics to support the arches of her feet so that every step she takes doesn’t drive her body into more imbalance.

The Power of Synergy

We realize that this multi-layered approach is very unique in our industry.  Implementing multiple modalities in a systemic way has been a real game-changer. We consistently see results that used to take 3-4 months happening in 4-6 weeks now and our patients are consistently impressed with the process.  We’re hopeful that this patient will experience the same results that virtually every one of our patients who have undergone this comprehensive approach has had.

If you or someone you know is suffering, we’d invite you to send them in to see if they would be a candidate for this powerful protocol.

We’ve seen our best results with patients suffering from:

Don’t hesitate.  Suffering from structural pain is debilitating and severely limits your enjoyment of life. An end to your suffering might not be too far away.

One response to “A Better Approach to Structural Pain”