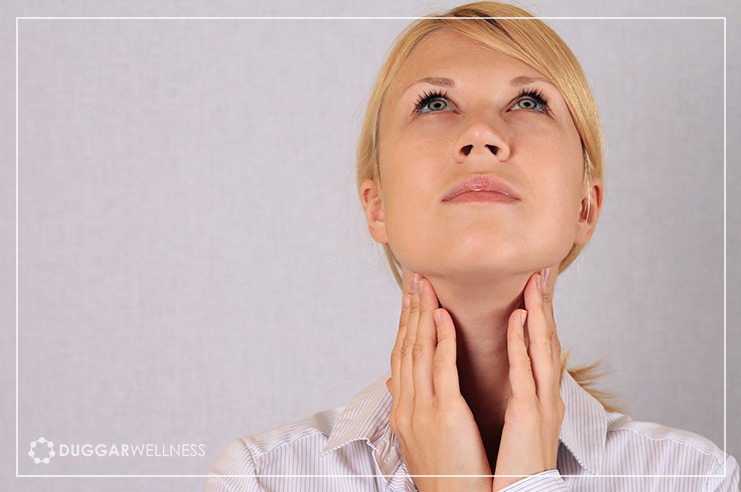 Every now and then I come across some health information that really surprises me. This happened just the other day while I was listening to a podcast published by a mentor of mine, Chris Kresser. Chris is a functional medicine “rockstar” that trains other physicians around the world. He is known for his research-based approach and his ability to get great clinical results with even the toughest cases. His latest podcast was on the topic of low thyroid function. Now I’ve been helping people to balance thyroid function for a long time and think that I have a pretty good sense of the scope of the problem but what he shared at the start of his podcast was startling to me.

According to many estimates, subclinical hypothyroidism may be affecting up to 20% of the American population! We are justifiably worried about the epidemic of type II diabetes in America but the best estimates are that type II diabetes affects close to 9% of the population. Could thyroid problems really be affecting the health of 63 million people in our country? If so, what is causing all of this thyroid dysfunction?

Globally, the number 1 cause of thyroid problems is iodine deficiency. This is less of an issue in our country than in some others but you might be surprised to know that the levels of iodine in salt has decreased over the years. In addition, many people are restricting their salt intake. Some sources claim that 75% of us are deficient in iodine.

Adding to that issue is that we are being exposed to chemical toxins like perchlorate. Perchlorate is everywhere. It has found its way into the water and food we consume and it blocks the thyroids ability to absorb and utilize iodine.

The other sleeping giant that most people aren’t aware of is the role of autoimmunity in thyroid dysfunction. In fact, the majority of cases of hypothyroidism may be stemming from an immune system attack on the thyroid gland. The number one trigger of autoimmunity is a breakdown in the gut caused by a gluten sensitivity. That’s right. A gut problem becomes an immune problem and then that creates a thyroid problem.

Why Aren’t Most Doctors Catching These Problems?

Well the primary issue has to do with the tests that doctors run. Almost universally, doctors are trained to only run a quick screening test called the TSH test. Not only is this not comprehensive enough, but the normal ranges that the labs use are based off of old and questionable data. Most labs have normal ranges that go up to 4.5 but the optimal ranges are between 1 and 2.5. So patients walk into their doctor with some symptoms of thyroid dysfunction, their doctor orders a TSH test and it comes back at 3.2 and the doctor says, “your thyroid is fine.” When in fact, what the doctor should be doing is running a follow up set of tests to determine if there really is an underlying issue at hand. You want to make sure that the TSH is in optimal range for starters. Even more so, you need to ensure that the thyroid hormones (free T4 and free T3) are within optimal ranges. If any of these are out of range it is wise to also look for high levels of antibodies to your thyroid gland to rule out autoimmune disease.

I’d suggest that if you have any of the following symptoms, you should have a comprehensive thyroid panel run.

Symptoms to Look For Are:

Creating a comprehensive winning strategy for low functioning thyroid requires much more than taking replacement hormones like Synthroid and it is wise to work with a functional medicine doctor with experience in this area.

We are happy to review your latest lab tests with you to determine if you’ve been adequately tested. Please call to schedule an appointment with us!